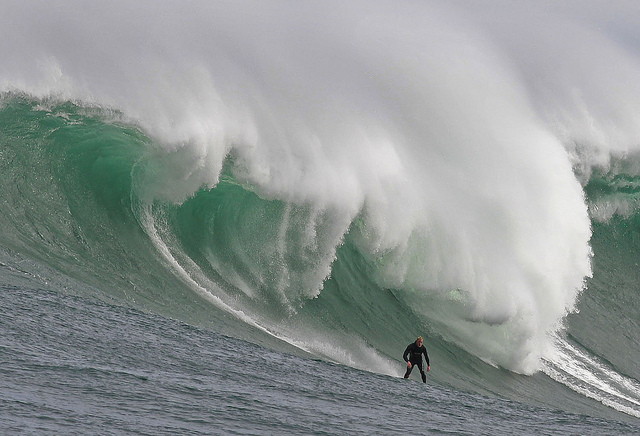 After more than two months of waiting and with just over a week left in the waiting period ending October 31st, the invited Cape Town and international big wave surfers are all exited at the prospect of Rebel Sessions 2017 running on the first good day of surf at the famed Dungeons reef after a disappointing winter. Swell forecasting for Cape Town in general and the Dungeons in particular is notoriously difficult but Ben Freeston from swell forecasting website magicseaweed.com says, “ I really like that swell…the models are all broadly in agreement on it. What I like for competition is it looks sustained.” As the swell approaches the sessions organizers along with forecasters and surfers will track it and either upgrade the level of alert or stand down with the final call to surf or not only being made on the day.

The Rebel Sessions 2017 is the third running of the Sessions (previously run in 2011 and 2016), but this year the Sessions will trial a unique and new concept where invited surfers can surf throughout the day, with the best big wave riders sharing the prize money of R100 000,00. 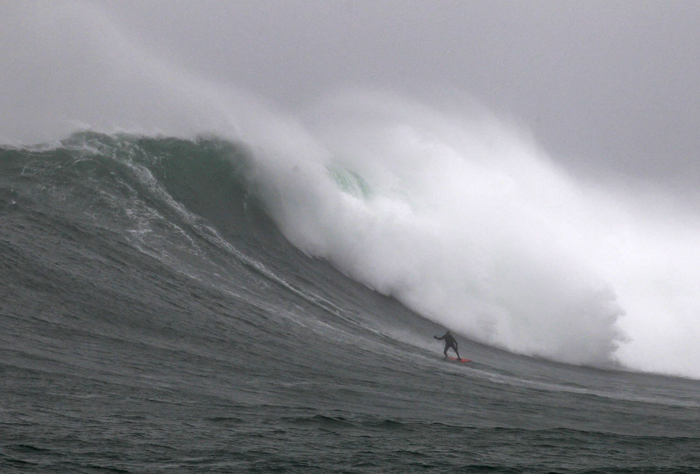 As Cape Town Big Wave Surfer and previous Rebel Sessions prize winner James Taylor explains "I think this one-day concept where everyone gets to surf from morning to afternoon, as long as they want, or as long as they can, is a way better format to determine the best waterman. The current big wave competitions that have the 45 minute heat or maybe an hour in the semis or the finals is not that great, cause on a really big day you can sit in the water for the whole day and maybe catch two nice really big waves and trying to squash the heat into the hour is not the best way to determine who the best big wave rider is.

Once the day’s carnage is over, invited surfers will cast their votes while a team of judges review footage and photos before rewarding the standout chargers of the day. Asked what he would be looking for head judge, renowned local big wave champ Ian Armstrong answers, “First of all its got to be that right wave on the day and that person makes the most of it in terms of style, of control in extreme situations where they have taken off in the gnarliest spot and made it look easy and everybody who’s watching is amazed by what that person was able to handle.”