Following the recommendation of the Cape Town Big Wave Trust, Rebel Session has invited the following surfers to be part of this years one-day Session on which the 4 category winners will be determined.

Andy Marr (Kommetjie Surf , Cape Town) is one of the legends of the deep south. Big Wave winner in Winner Rebel Session 2011 - Biggest Tow In and Andy Marr - 2016 Tow In Surf edition, Andy has serious big wave cred, not just in the heaving cold waters of Cape town but also in the home of big wave surfing in Waimea, Hawaii where he used to be a regular fixture and can still be found when cash and time allow.

Barry "Bazza" Futter (Hout Bay, Cape Town) lives about as close to Dungeons as one can without getting wet. He owns and runs an outdoor team building adventureworks. When Barry isn't dropping into heaving Dungeons he can most often be found throwing himself down near vert cliffs on his mountain bike.

Chris Bertish (Kommetjie, Cape Town) is the highest profile member of the deep south big wave surf crew. His numerous achievements include winning the 2010 Mavericks big wave surf contest, and being the first and only person to solo SUP, unsupported The Sup Crossing Ocean. Chris' motto is that nothing is impossible unless you believe it to be and he's constantly looking for outrageous ways to prove this.

Frank Solomon (Llundudno, Cape Town) is the star of "Let's be Frank Trailer ", an awesome genre-busting non-surf movie. Asides from this he's a pro-surfer who spends his time travelling the world, charging huge waves, having adventures and mishaps, which is pretty much the plot of his film. Frank has a big heart and a social conscience and dedicates a lot of his time to supporting the Waves for Change surf therapy group.

James Lowe (Kommetjie, Cape Town) has been groomed for big wave surfing by the local Kommetjie community of big wave riders since he was a kid (he's nephew to Simon Lowe) and the belief that they showed in him was clearly not misplaced. He's a big guy with big balls and one of the standouts of the next generation of Cape town big wave surfers.

Jake "Slang" Kolnik (Kommetjie, Cape Town) is no wall flower, he has an opinion on everything and is not shy to share it. His approach to surfing is pretty much the same and he throws himself at virtually anything, regardless of the chances of making it.

Jacques Theron (Cape Town) is, quite literally, a rocket scientist. He is a guy with a big heart and a big appetite for anything connected to the ocean. It doesn't matter whether its fishing, kiting, hydrofoiling or riding giant surf, Jacques is up for it.

James Taylor (Melkbos Strand, Cape Town) has had a checkered history with Rebel Sessions; in 2011 winning the worst wipe out 2011award and in 2016 taking the prize for biggest paddle-in wave. James is always willing to go for it and not afraid to take the consequences which over the years has included breaking his back at Dunes and bursting an eardrum and almost blacking out at Jaws.

Jeremy "Jem" Johnson (Cape Town) is another of the 2011 Rebel Sessions award winners, having walked away with the Biggest Wave award, Jem is a fanatical fisherman, in fact he's just fanatical about anything ocean and is often out on the water before sun rise and only hits land again out after dark.

Josh Redman (Durban) aka "The Vanilla Gorilla" is a big bull of a man who first stood out in from the crowd the 2011 Rebel Sessions when he took the Sessions Surfer award. Since then he's gone from strength to strength and is now a consistent standout in any big wave session regardless of who else is in the water, whether its Dungeons, Cape Town or Jaws, Hawaii. 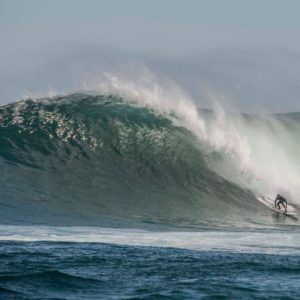 Juriah "the Sheperd" Muller (Mossel Bay) is an Overberg sheep farmer, who swaps the shears for a big wave gun every time the swell is cranking at Cape Town's big wave reefs. He recently made the Hawaii pilgrimage where he became one of the few South Africans to surf Jaws, of the local invitees he's the most recent arrival on the Dungeons.

"Mad" Mike Baleta (Cape Town) earned his nickname the hard way, by going for it in situations that most would consider crazy. He has a huge appetite for adventure and seemingly boundless energy to pursue it, whether its hangliding, kite boarding or charging in huge surf. Winner of the Rebel Session Wipe Out Award in 2016 proves it all.

Matt Bromley (Kommetjie, Cape Town) is the "Mr Nice" of the deep south big wave crew, clean cut, polite down to earth and unpretentious inspite of his prodigious talent, you can't but help liking this guy, and his clean flowing style of surfing in anything from 2 foot to 20 plus just cements the deal! Matt's globe-hopping big wave charging is beautifully documented in the film "Risky Business" in between this all he manages to find time to study for a business degree.

Mike "Main Skiet" Schlebach (Kommetjie, Cape Town) is the current president of the Cape Big Wave Trust, he's an easy going happy go lucky sort of guy who seems to get on with everyone and is the perfect person to navigate the tricky waters and egos of Cape town big Wave surfing. He won the 2011 Rebel Sessions best surfed wave award.

Mickey Duffus (Kommetjie, Cape Town) is one of the the elder statesman of South African Big Wave surfing. As one of the forerunners who put the Dungeons on the international big wave map, he's been out there charging hard forever and isn't showing signs of backing off anytime soon.

Paris Basson (Kommetjie, Cape Town) is arguably the fittest guy in the deep south. Over the years this elite athlete has competed at the top levels in BMX, triathlons, road biking, mountain biking and of course surfing. Paris follows a relentless training regime often riding for three hours before going for a surf. In the water his fitness and dedications shows as he consistently snags the biggest and best waves in sessions that often last for most of the day.

Phil Nel (Somerset West, Cape Town) is a biokineticist, he's been a competative small wave Boland surfer for years and has recently stepped up to become a competive big wave surfer.

Simon "the coach" Lowe (Kommetjie, Cape Town) is a big guy with a big presence. As one of the pioneers of big wave surfing in Cape Town, Simon has a years of experience under his belt and is always willing to share his insights and theories with anyone prepared to listen.

Tammy-Lee Smith (Ballito, Durban) spent a number of years on the WQS tour before deciding to abandon the small stuff in search of big wave thrills. She's at the forefront of South African ladies big wave surfing an has competed in the Women's Pe'ahi in Hawaii and will definitely be giving the boys a run for their money in the 2017 Rebel Sessions. 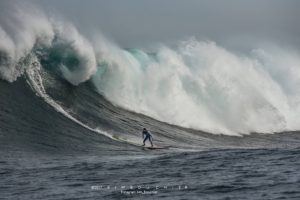 Tommy Kruger (Cape Town) is an apple farmer who is a constant standout at one of the lesser known big wave breaks a little way up the road from Cape town. He can most often be found in the company of his close companion and brother in arms Phil Nel.

Bianca Valenti, (San Franscisco, U.S.A.) is a professional big wave surfer renowned for her prowess at her home break of Mavericks. She's won the ASP Women's Pipeline Pro in Oahu, Hawaii, and the woman's big wave event at Nelscott Reef, Oregon. Bianca is a committed environmentalist trying to make a more sustainable planet for the future. 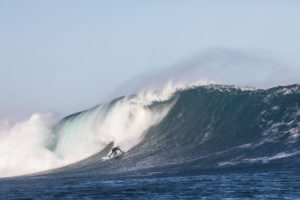 Kohl Christensen (Kailua, Hawaii) is a contractor by trade, but a big-wave surfer by heart. The majority of his days are spent either installing solar panels or working on his organic farm, growing everything from tangerines to avocados. Amongst his many other achievements he is probably most famous for his standout tube riding at giant Cloudbreak.

Paige Alms (Maui, Hawaii) has been nominated 4 years in a row at the XXL Awards and won the WSL "Women's Best Overall Performance" twice as well as clinching the inaugural women Big Wave Championship in 2016 at Jaws. She's a hard charging, soft spoken fun loving lady who's presence in the line-up is an inspiration to the local ladies. 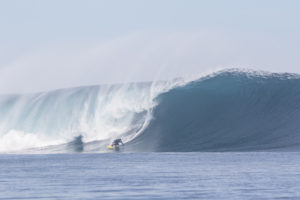 Ramón Navarro (Pichilemu, Chile) grew up on the ocean, fishing and learning to dive at an early age. Ramón's built his reputation riding giant surf winning numerous awards along the way. A committed activist, he's worked on many projects to preserve his country's ocean environment. He's no strange to the Dungeons having surfed in numerous memorable sessions over the years. 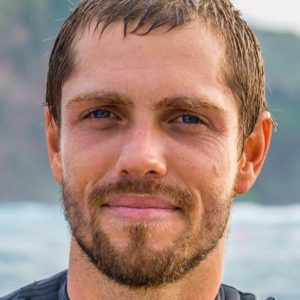 Trevor Sven Carlson (Haleiwa, Hawaii) was a nominee for the 2016 Surfline Best Overall Performance award and is currently sixth on the Big Wave World Tour. This professional ocean athlete is a former lifeguard and Emergency Medical Technician and a complete waterman.