“I used to come home from school and watch the guys getting towed into massive Sunset. I could watch Sunset from the balcony of our house. I could also see the back of Dungeons from there too.” Bromley is sitting on a wooden bench under a low hanging milkwood tree. It’s a lazy afternoon and he’s back in Kommetjie after chasing a 20ft swell across the Atlantic Ocean to Puerto Escondido. “I’m 24 now and I’ve been surfing since I was 6. My dad used to take me out. My dad is 61 now and he still froths and surfs Sunset. He’s still getting the bombs.” Neil Webster is asking Matt Bromley some questions for his 26 minute feature for this year's Rebel Sessions. “How did you get into big waves ?” asks Neil. Matt smiles and answers, “Living in Cape Town meant it was easy to progress from Muizenberg to Long beach then surf Outers, the Factory and finally Sunset & Dungeons. Being able to surf Sunset and Dungeons prepares you to surf…..anywhere. Those two waves are hardcore ! They’re shifty and cold. It’s raw and never perfect. When it’s 20 plus our waves are the gnarliest in world.” (Laughs) “At Dungeons you get these huge boils mid-face. You can do everything right and still not make it!” Webster grins a ghoulish grin and asks him to describe Sunset. "Well" responds Bromley, “it’s a beautiful big peak that becomes a monster at 20ft plus. At least Dungeons dissipates into deep water, but Sunset gets WORSE on the inside. It stacks up, the reef concentrates the wave, it’s so powerful, you get pumped and it doesn’t let up. I love it and it’s terrifying. Hawaii is warm and perfect, it’s a dream by comparison!!”
Earlier Webster had clipped a little microphone into Bromleys shirt collar and is now standing a short distance away holding a piece of paper with some questions on it. Webster's head has almost been swallowed up by the giant white headphones that Bromleys sponsor gave him. Webster is borrowing them to record the sound for Matt’s interview.
“Are you a pro surfer ?” he asks. Bromley sits a little straighter and answers proudly, “Yes I am.” (Out of the crew that we’re interviewing, Bromley is the only one who gets paid to go surfing.) ”So is pro big wave surfing legit now ?” says the man with the huge earphones.
“Now that there are events at waves like Jaws and Puerto, it is” says Bromley.“Even Slater and Jon Jon are getting interested in it now.
Webster seems to be enjoying the huge headphones, and is looking like the DJ at a bohemian trance party. “Do you get scared in big waves ?” he asks. “Um…..” replies Bromley “I often feel out of my comfort zone when I chase big swells cause it’s always last minute. With my last trip I travelled for 50 hours. Then 2 days later it was 20 foot. On big days I need to be in the zone. I have to decide in advance if I’m going to go on a big one or not. I have to paddle out wanting it. I rely on my Jesus-faith and use prayer and meditation to prepare. Because of this, I have peace and confidence on the big days. My faith allows me to turn fear into excitement and confidence.
Webster lift’s his eyebrows. “You got a pretty bad beat down at your first session back from Jaws a few weeks ago…what happened there?” he asks. “I underestimated the ocean” say's Bromley smiling, “after Jaws I thought Dungeons would be mellow (laughs). I got humbled though. I took out a small board and lost it, then got beaten. After that I went in for my big board and inflation vest.” Webster howls with delight and asks “How important are those vests and safety ski’s nowadays ?” Bromley smiles, “Those vests are the game changer, at Jaws the guys were pulling them all the time, almost on every wipe out. Having ski’s for safety is essential when it’s huge. The ocean feels so much more powerful when you lose your board. Having a vest and ski’s there helps you to push yourself, but you need to have good guys on the ski. Guys who you can trust.”
Webster looks skywards. The clouds above are heavy with rain now and it’s only a matter of time before we’re caught in a downpour. He glances concernedly at the first little drop of rain that is now slowly sinking into the piece of paper in his hand and loads up a final question. “Do you want to make it onto the big wave world tour Matt…..? ”. The 24 year old sits up straight again and slowly leans forward. “Yes” he answers simply, “yes, I want in. 100 percent. ”

* Note. Jeremy Johnson almost drowned earlier this year at Dungeons. Having burst his ear drum, he got held under till he almost blacked out. He was wearing an inflation vest that may have saved his life. * 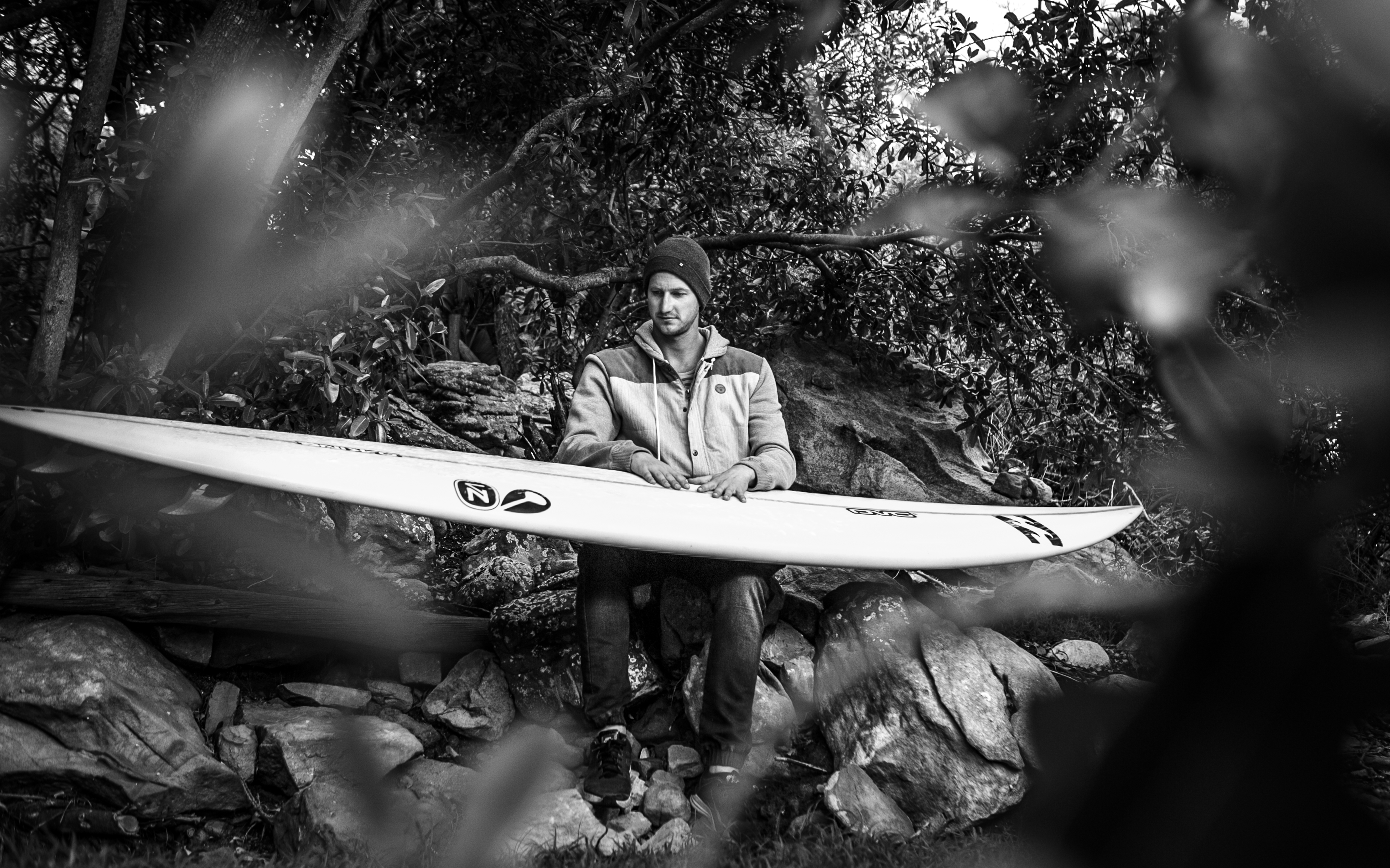