We think of us as a family -  we are a global network of professionals and creative people in media, marketing, events, sports, music, art and entertainment with a common history and mind set.

We look back on a history of structuring the sponsoring, media and management of global youth / extreme sports federations and their events such as the Windsurfing World Tour, the Snowboarding World Tour, Skateboarding World Championships , BMX Worlds, IFMXF World-tour, Surfing , Beach Volleyball etc...

Through the management of global activities, a network of unique marketing, media and event specialists from all over the world formed itself around Rebel Media. We facilitated the ascent of youth culture and lifestyle brands such as O’Neill, WS Chiemsee, Red Bull, Casio G-Shock and many others .

In the past 20 years , hundreds of events have been conceptualized, supported and realized by Rebel Media .  The spectrum covers extreme sports activities as well as music, art and fashion and its brands and ranges from the Triple Crown of Surfing in Hawaii to World Rally Championship (WRC) , the MTV European Music Awards (EMA’s) , Music Festivals across Europe as well as Urban Art initiatives such as Wall Breakers in Berlin.

Today we are a full service marketing network , including strategic marketing consultancy , media planning,  360° media conception, as well as event planning and execution.

We have a strong focus on content production including production and publishing of media formats for TV , Print, digital, mobile and social media .

Our track record in creating and producing formats for media partners as well as client-specific content and its targeted distribution includes projects such as :

We consider ourselves first-movers and we like to invest knowledge and support into new ideas and meaningful initiatives. 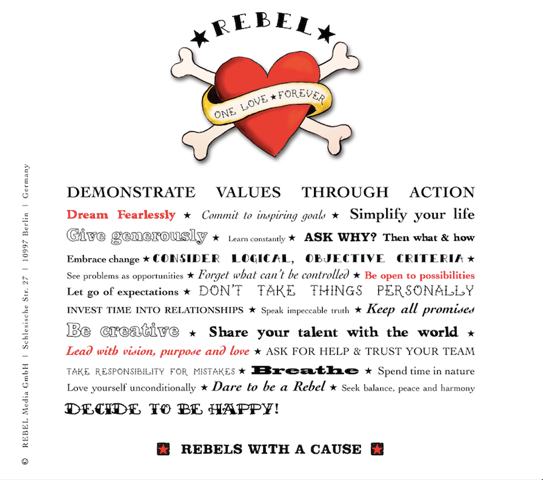